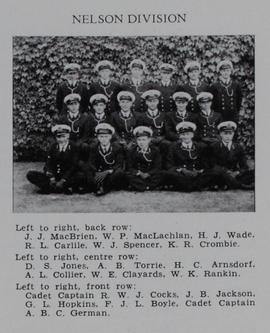 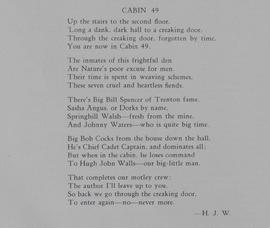 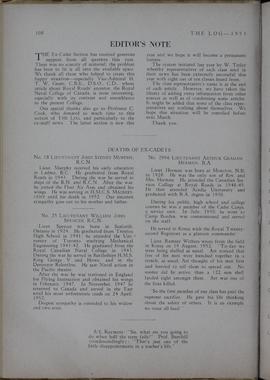 William John Spencer attended HMCS Royal Roads from 1942 to 1943. He was in the first class to graduate from The Royal Canadian Naval College, Royal Roads. Born May 17, 1924, he served in battleships HMS King George V and Howe. He obtained his wings in February 1947 and died in a plane crash in Halifax, Nova Scotia, 24 April, 1952.