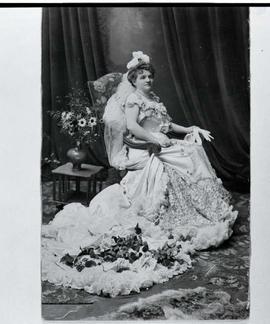 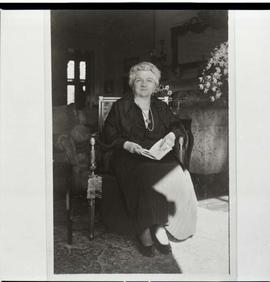 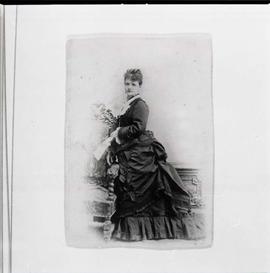 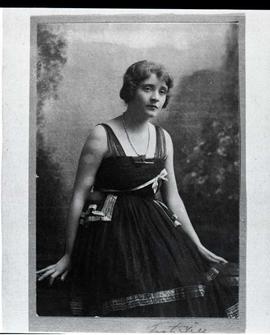 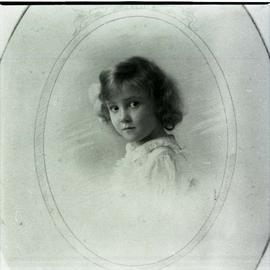 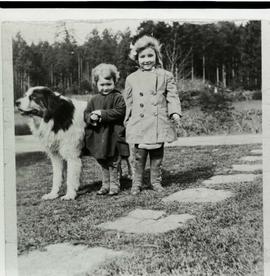 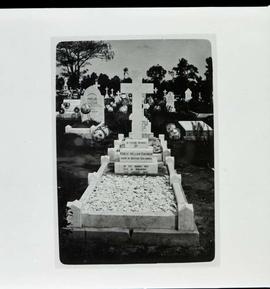 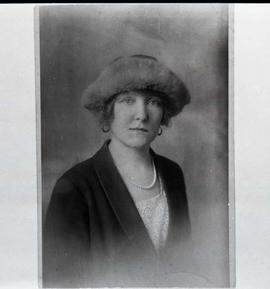 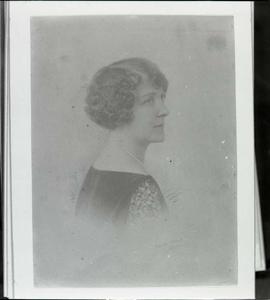 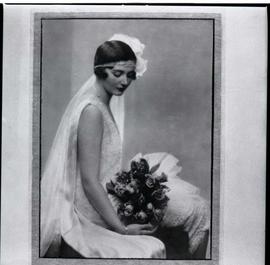 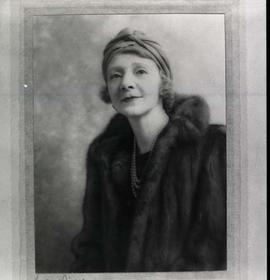 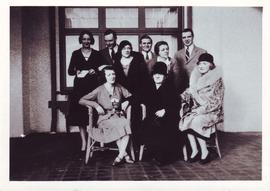 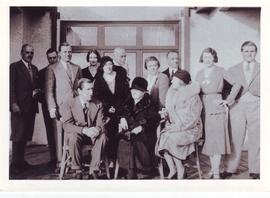 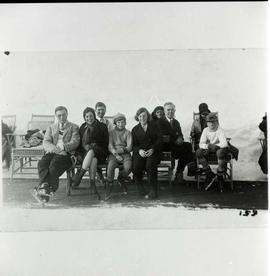 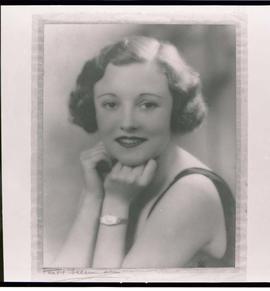 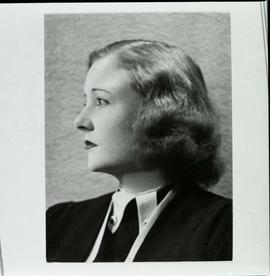 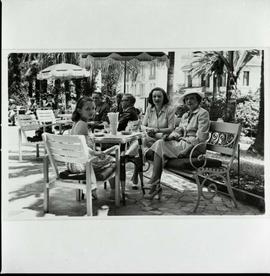 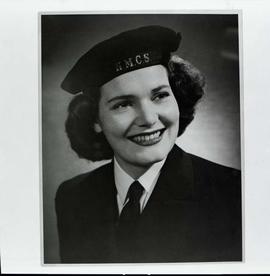 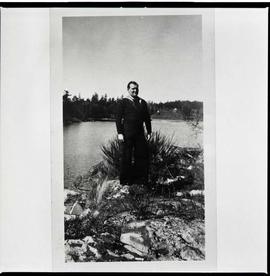 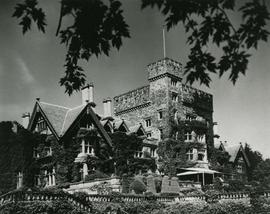 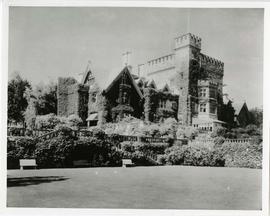 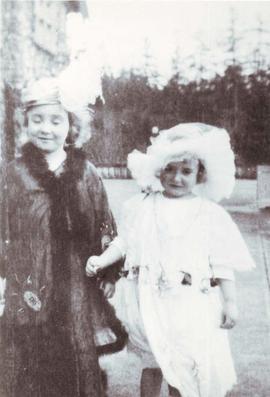 31 images, 38 negatives and print copies (of which 19 unique); 5 pages of descriptions

In 1992, the Friends of Hatley Park started a project to gather resources that helped to tell the history of Hatley Park. Laura (Dunsmuir) Mitchell loaned some photographs from her personal collection for this purpose. The Military College photographed and shared copies of the subsequent negatives and prints with the library for its historical collection that later became the university archives. Paper documentation with the original loan states that there were 24 photographs. Two images of the castle were not copied as they were already part of the library collection, having been previously loaned by Laura. Two further photos were not copied as they were already shared by Joan Humphries Luttmer (family group at Journey’s End).

Photos of Dunsmuir family members at Hatley Park and other locations. Some formal portrait photos are included.

Images are provided for personal research only. Other uses require permission, contact the archivist for more information: rruarchives@royalroads.ca

From the original description sheet that accompanied the donation, images 14, 15, 23 and 24 were not copied because they had been previously loaned by Laura Dunsmuir Mitchell. They have been reinserted with this collection in the digital scans. Image number 3 remains missing from the collection. Other images previously loaned by Laura Dunsmuir Mitchell are included as images 1-01-022 to 1-01-031.