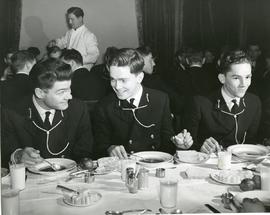 This image shows junior cadets eating in Hatley Castle, which occurred until there were other buildings on site that provide dining spaces.

Photographs, yearbooks, histories collected from ex-cadets in the process of working with RRU Foundation as liaison with alumina of the military college

The photographs in this sub-series depict the academic life of officer cadets while they studied at Royal Roads Military College (and its antecedents). 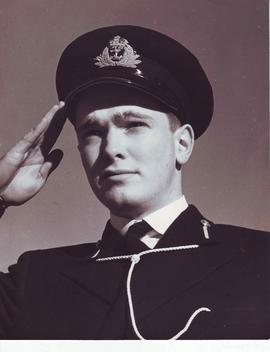 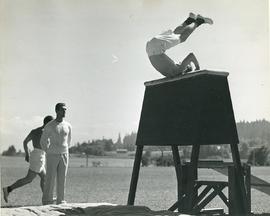 This image of a cadet going over a vaulting horse demonstrates the physical fitness needs and expectations of a cadet in military college. 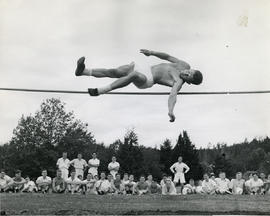 This image is of a cadet during a high jump, which was part of the physical training of cadets at the military college. 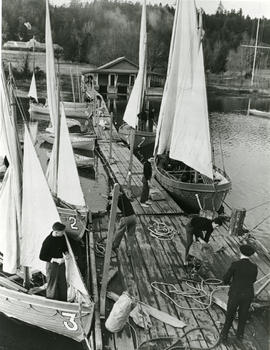 The naval college cadets learned to sail and to row whalers on the lagoon in front of the college.

The building nearest the shore is the boathouse from the Dunsmuir era. 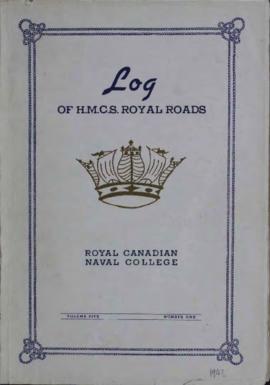 Likely 1940s. Shows relative age of buildings and frequency of field maintenance. Seems to be part of a planning process. 1 page.