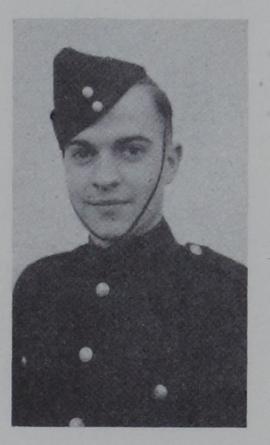 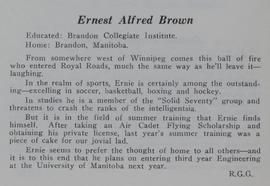 Ernest Alfred Brown attended Canadian Services College Royal Roads from 1951-1953. Born in 1933, he joined the Royal Canadian Air Force on completion of his program at Royal Roads. He was training at No. 2 Flying School in Moose Jaw, SK when he was killed during a night navigation flight on August 5, 1953.